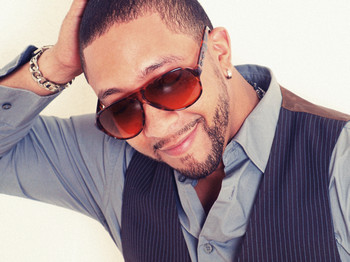 About Tony of Devious Elements
Written By: Katie Mehas

Jose Antonio Firpi of Devious Elements Photography, nick named Tony operates in two speeds: a mellow idle and a pedal-to-the-metal fast forward. Working the crowd, he alternates from a laid-back stroll to a frenetic ball of energy in a heartbeat, not only matching the energy of the crowd but directing it. He is not content to simply record a scene – he makes it happen. Born in Brooklyn, New York, Tony moved to Miami at the age of five, and the flavors of the city permeate his work. He is visibly influenced by the sights and sounds of Miami, the bright colors and the distinctly Miamian schizophrenia of urban grit and spirited beach party.

His day job as a graphic designer and photographer at AutoTrader Classics puts him in contact with a bevy of top-notch classic cars, but Tony’s true passion is much more alive. He is at his happiest surrounded by a crowd, networking and meeting new people. And there are always new people! Since moving to the Tampa area about four years ago, Tony has quickly made himself a fixture in the local scene. He is as much in his element as the life of the party as he is behind the lens. For him, work and play are one and the same – a common feature among those who live and breathe their art. A Friday night might see him out on the town, sharing a drink with friends (both those he already knew and the ones he makes that night), or it may see him sitting at his computer at home, happily working away in Photoshop until the sun comes up.

While Tony is always on the lookout for new models, his approach is far from all-business. His subjects become his friends, creating a comfort level that comes through in the images. As he describes it, his shoots are “more like a get-together than a serious photo shoot.” Models are often captured in movement, not posed, bringing a humanity to the images that he enhances with a variety of unique post-production techniques. He cites David LaChapelle and Annie Leibovitz as his inspirations, which is reflected in his work. Tony’s images display hints of LaChapelle’s vibrancy, but his connection with the models comes through in his ability to show what is real, rather than the surreal. So what’s next for Tony? No doubt, he’ll be found around town, finding new subjects and shaping the local scene. Tampa’s fashion scene may be in its formative stage, but all the better for Tony to make his mark. If you see him out and about, go say hi – he’ll be the one in the middle of the crowd.
© Devious Elements Photography
Powered by ZENFOLIO User Agreement
Cancel
Continue